as soon as the semester has started, I’m in vacation mood again. The semester break was really great, because there was always something going on. One highlight after the other, and in the last week before the beginning of the semester the icing on the cake was a short trip to London.

Although I’ve visited London about five times now – among others one time with sweet Madame Charlie and one time for the super cool Invisalign event – I can’t get enough of this city. There’s just so much to see, so many cute cafes and lots of great hidden corners.

But on this trip not only the city was a highlight, but also our hotel: The Victory House.

As a blogger you don’t always choose hotels by location, price or rating of other guests, no, the appearance also plays a not insignificant role. Searching for special hotels, I quickly found what I was looking for in London – lots of hotels are beautiful and unusual. But then I came across the Victory House and I was immediately in love. Never before had I seen a hotel with such beautiful round windows through which one could even catch a glimpse of the London Eye. Further golden details and the black and white bath invite you on a journey through time to a former London. Classic, elegant and somehow special.

This small, sweet luxury hotel in the heart of the city is simply perfect! 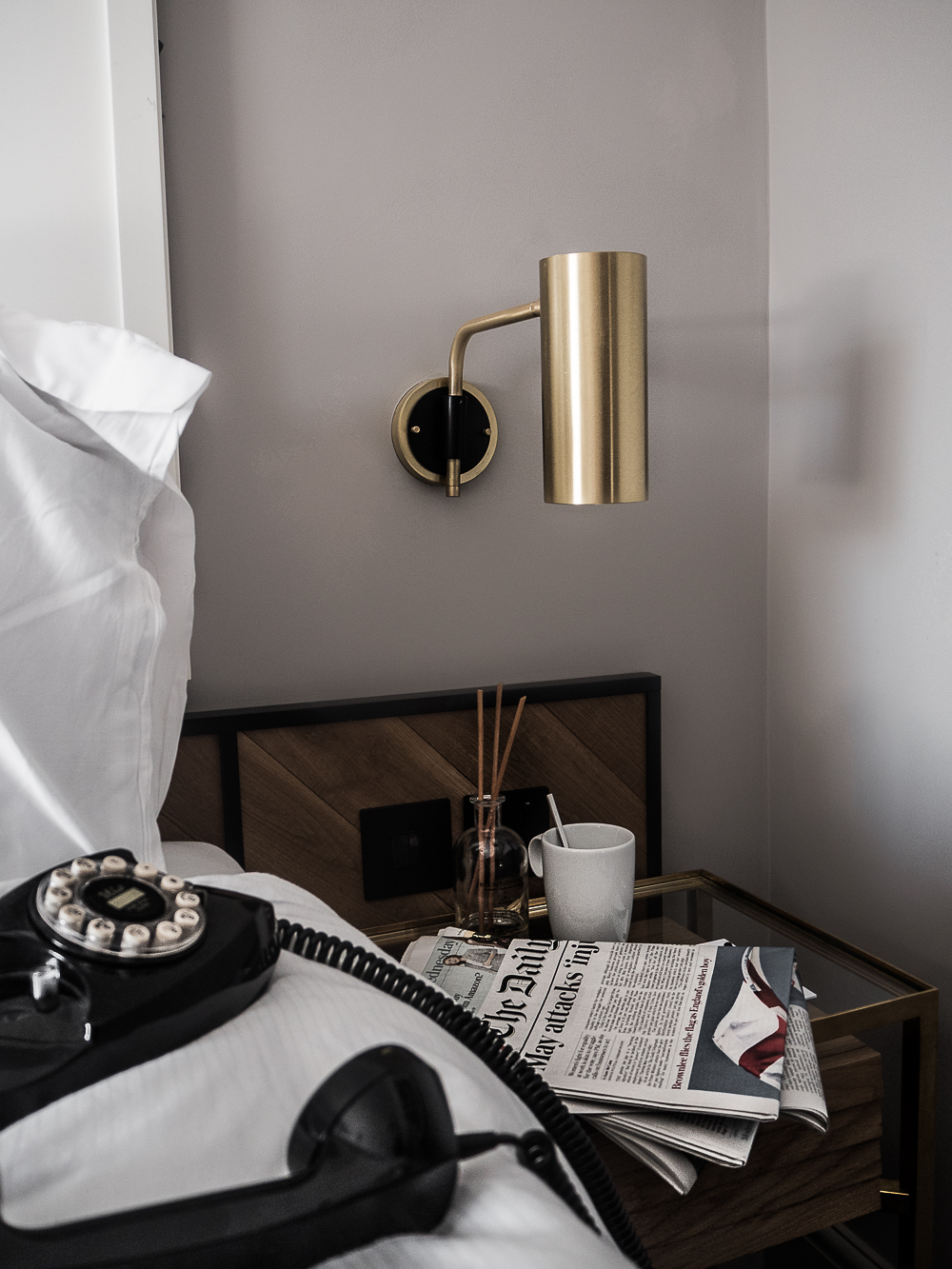 Already on the way to the hotel, we could not get out of the amazement, because various street artists performed their shows very close to the hotel. The different music of the artists and the scent of summer and delicious food from the various restaurants provided the right summer feeling.

After a 5 minute walk from the metro to the hotel there was so much to see that we almost missed the hotel entrance. However, it is also very hidden in a small side street – so if you don’t find it right away, don’t give up, it actually exists 😀 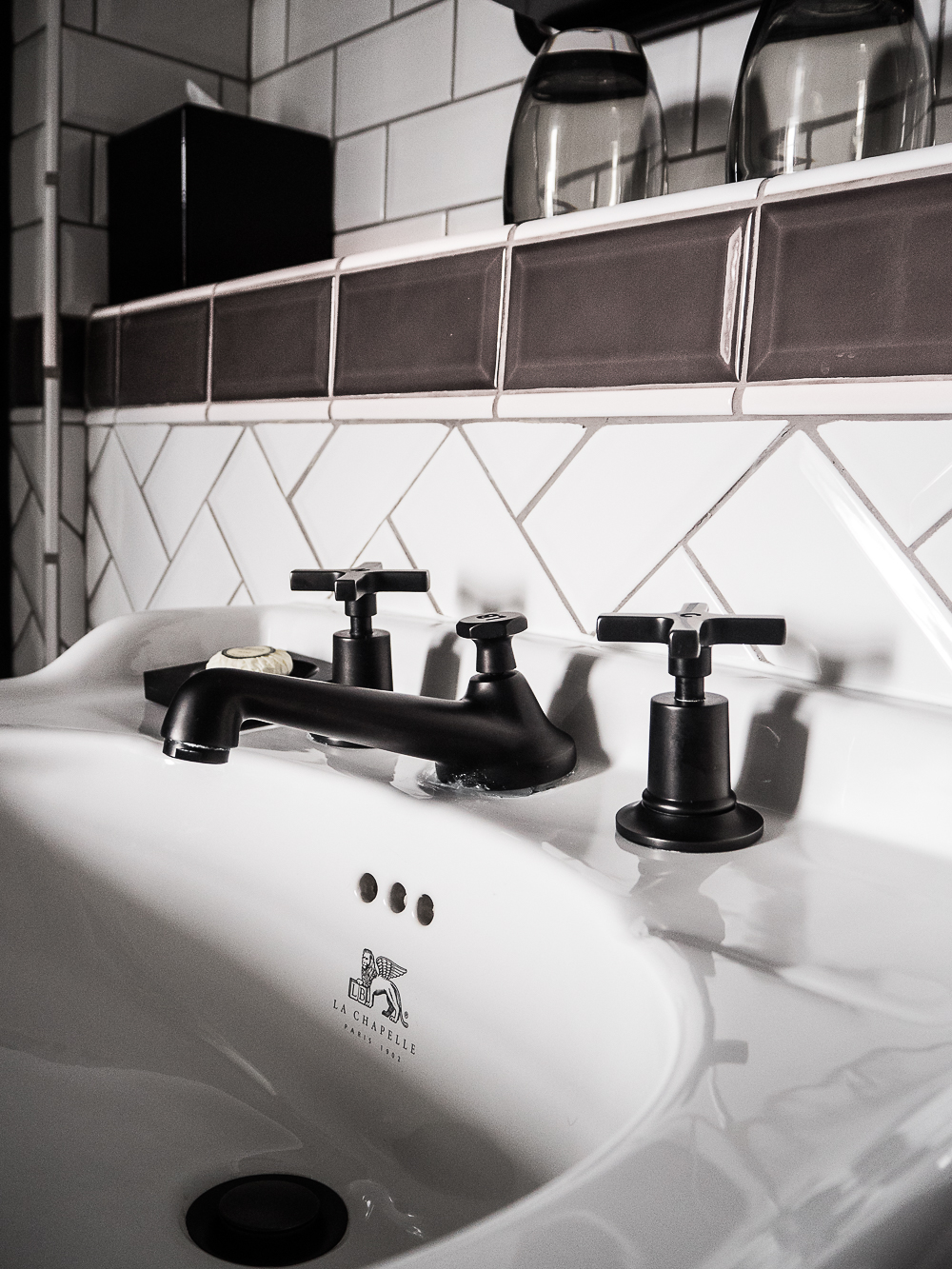 The Victory House offers several room categories. What is special, however, is that there are also different “versions” or designs within each category. Depending on the location of the room there are other highlights and so I was of course more than happy to actually have a room with the round windows.

Once we arrived in the room, of course, everything had to be looked at carefully. The room was quite small and instead of a wardrobe there was only a clothes rail, but we were still enthusiastic. The bed, surrounded by two large round windows, was the absolute highlight of the room! 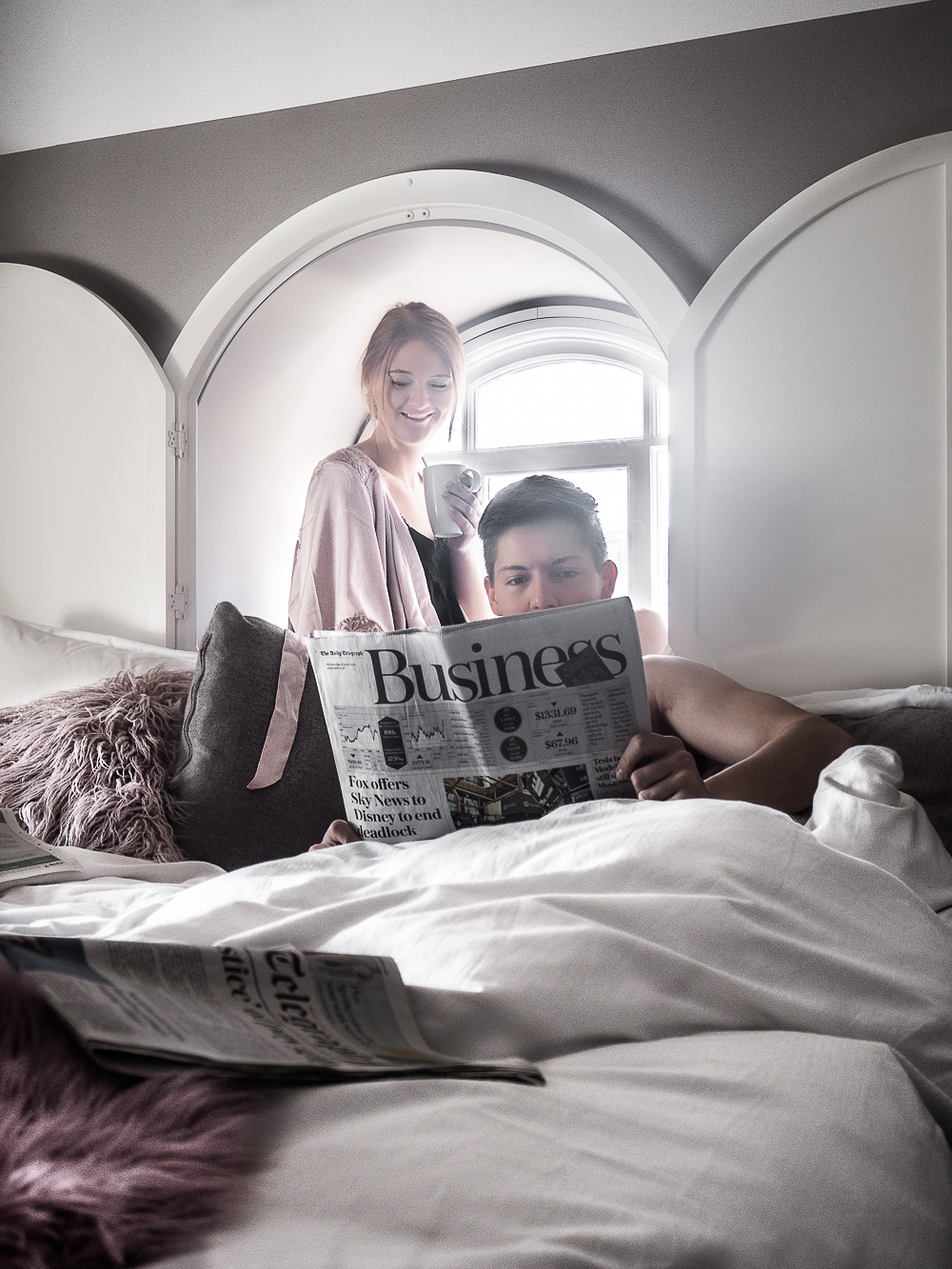 Food at the Victory House London

The hotel not only had a lot to offer in terms of design, but the Petit Bistro, the hotel’s restaurant, also served delicious food.

Besides the normal breakfast buffet, every guest was allowed to order a hot dish from the menu – pancakes, egg benedict, omelette -, what more do I want? Each dish is very tasty in its own right! But also the buffet had a lot to offer. Besides fresh orange juice, there was everything a sweet and hearty heart could desire.

In the evening we had a 3-course meal with wine and candlelight. Just like the breakfast, the dinner was more than delicious. Per course you could choose between at least 3 dishes, so that even I found something. Well, well, I’m a little fussy about eating sometimes 😀 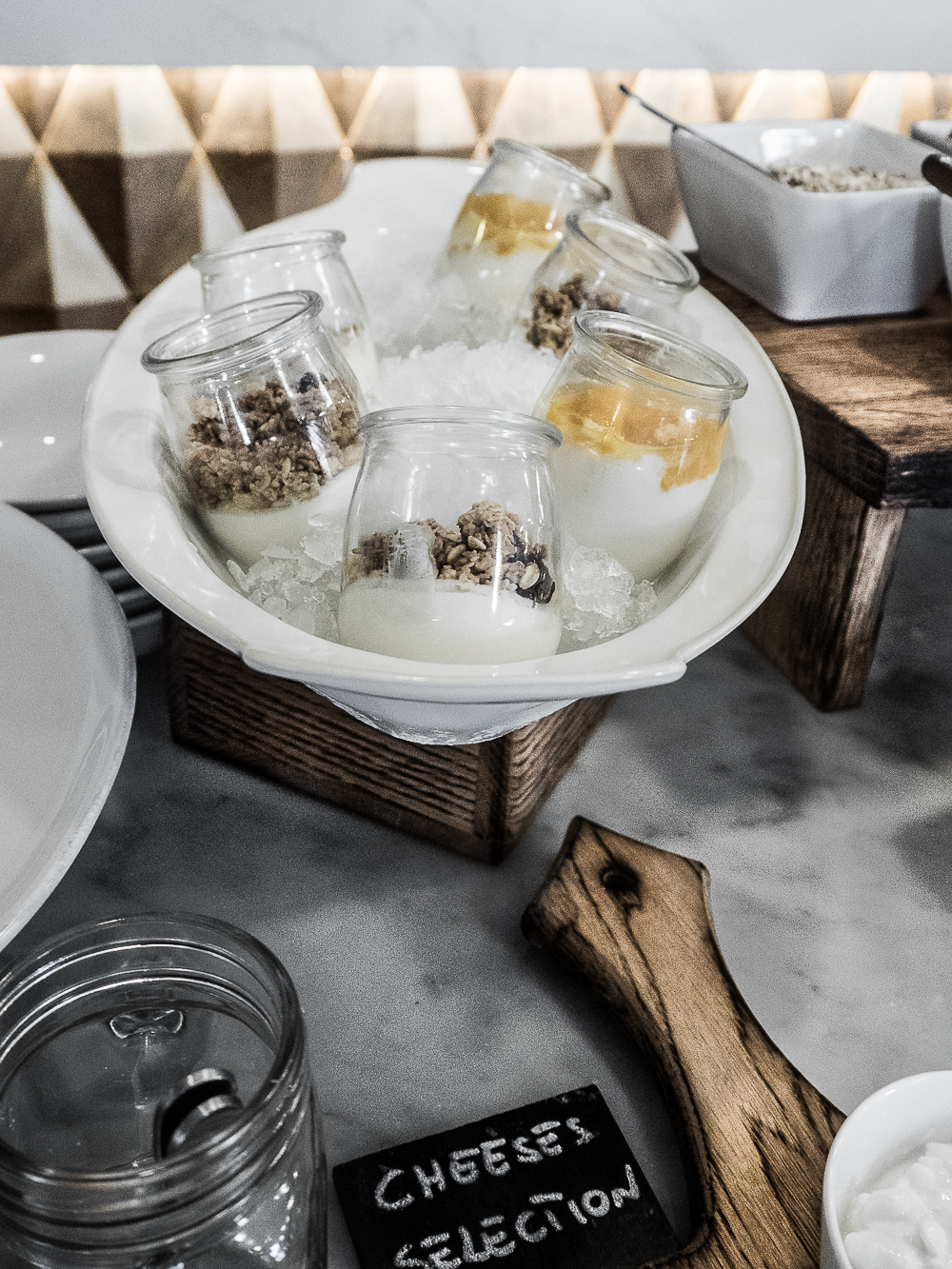 Like every beautiful journey, this one was once again far too short and far too fast over. The four days were simply wonderful and it will certainly not have been my last trip to London.

Have you ever been to London? Maybe you also have a great hotel tip?

Or do you have such an absolute favorite city, which you like to visit again and again? 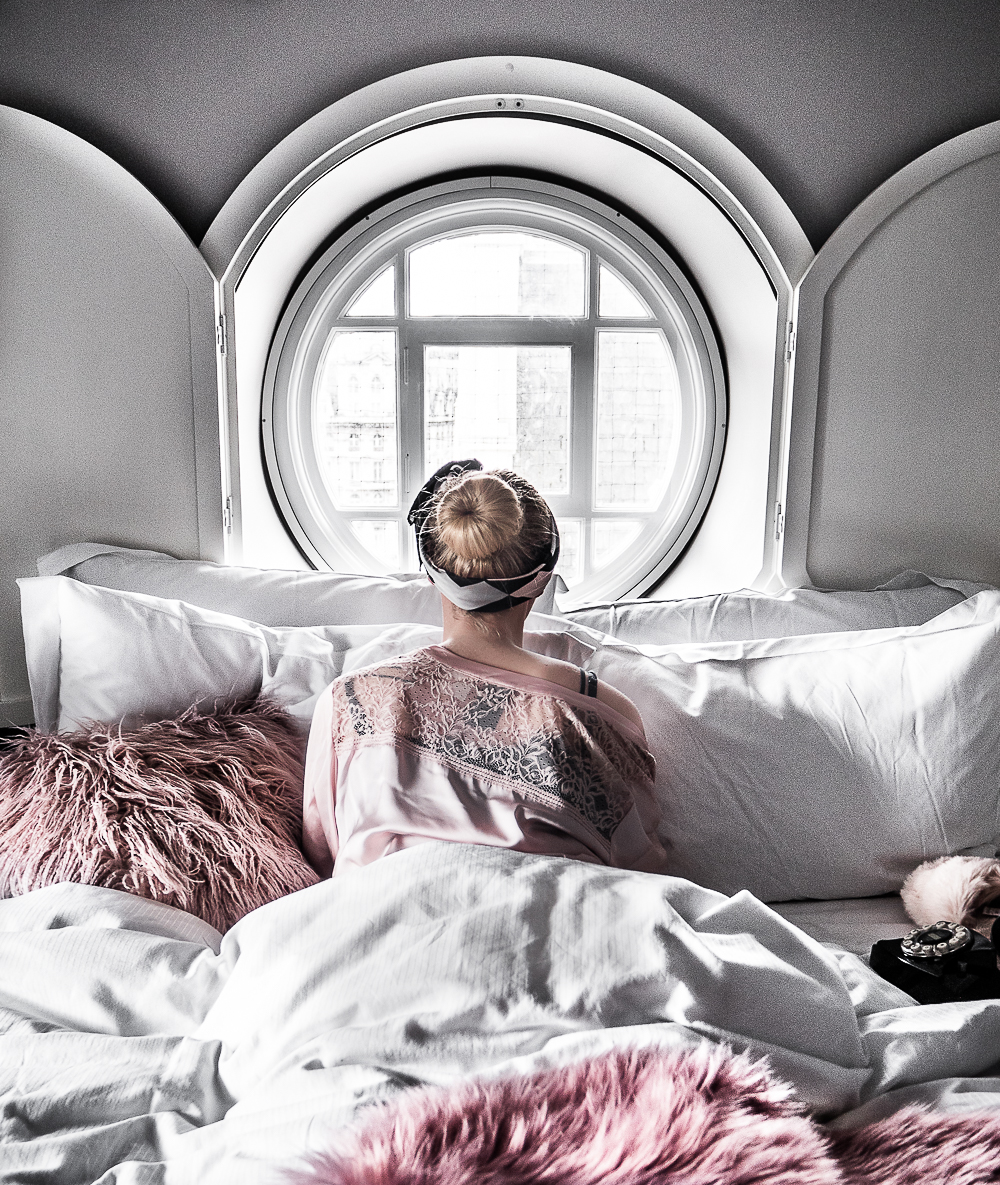 42 comments on “The Victory House London”