Halloween is slowly approaching and it is time to decide for a Halloween look. Since last year some people wished for a tutorial about my Half Skull, it’s finally time! But what would a make-up tutorial be without a video?

I had already announced some secret projects maybe you can already imagine what the first project is:

After a lot of starting difficulties and a long break, Be Sassique is finally back on YouTube!

In my YouTube video I show you, how you can make up a Half Skull with a glamour half only with drugstore products, which you probably have at home anyway.

Have fun with the video 😉

Of course you can also change the Half Skull a bit and make it up a bit different. On the following pictures you can see another possibility 😉 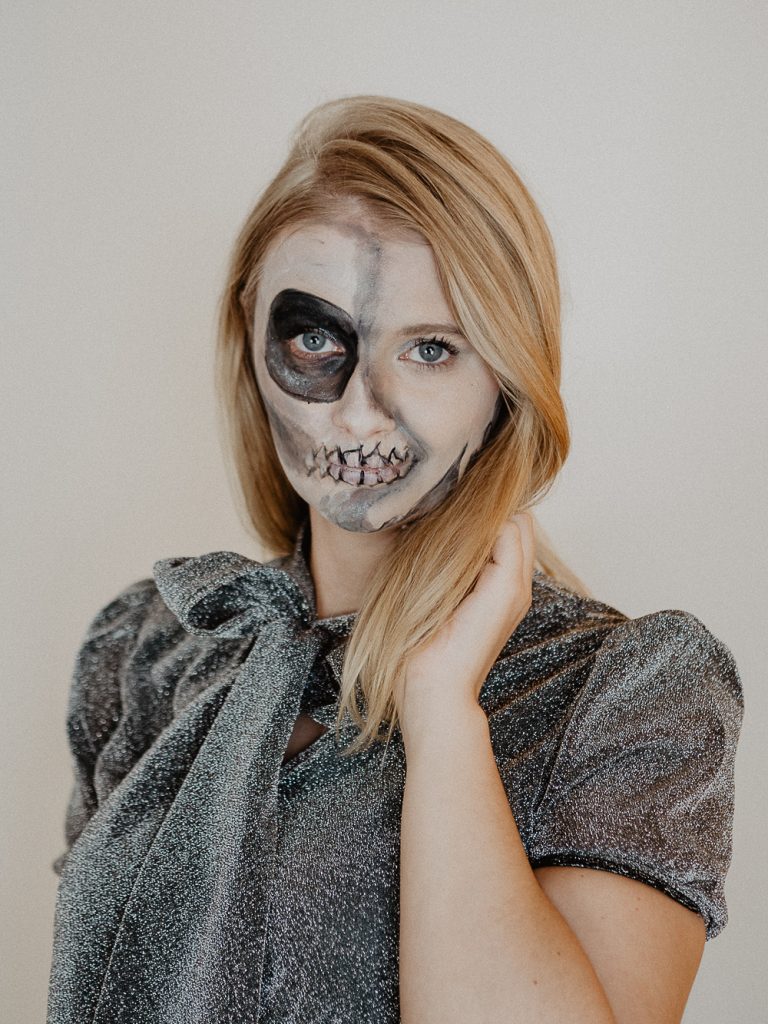 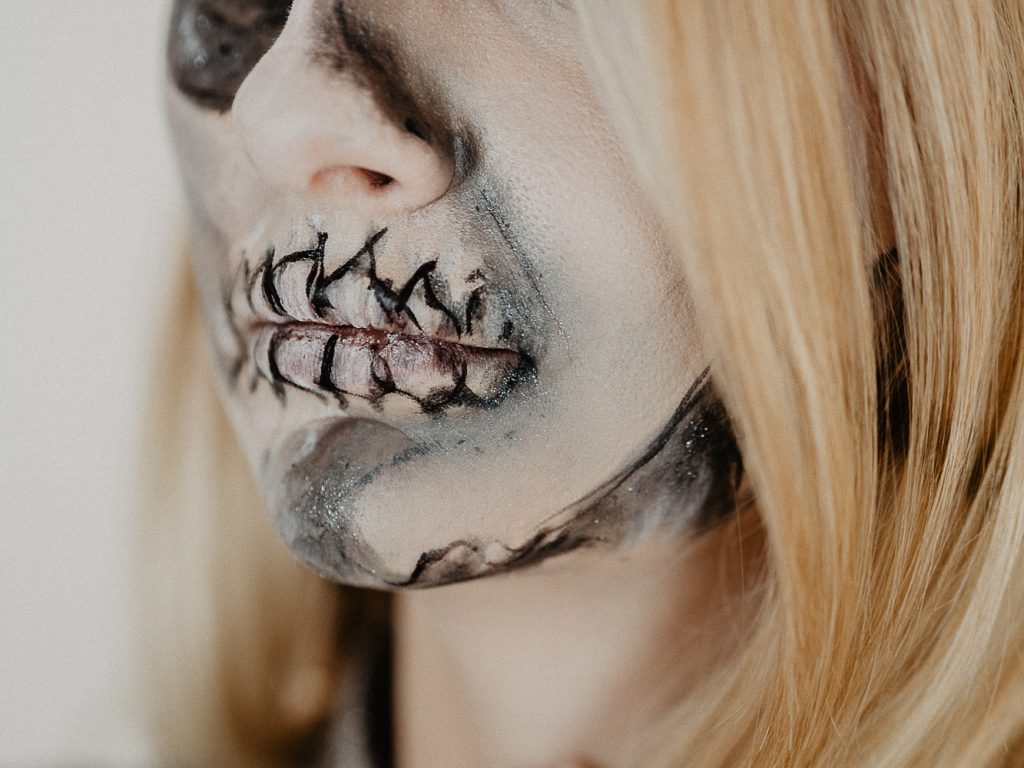 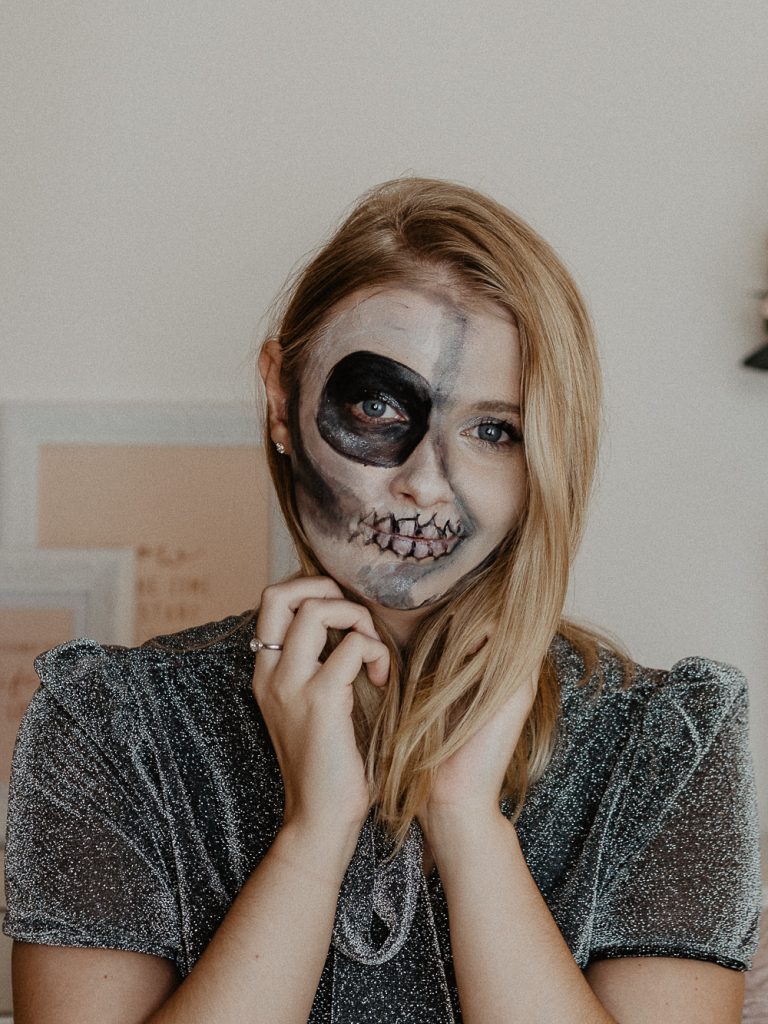 To complete the Half Skull look you don’t need a special costume. In this case I decided for a short sleeved glitter dress. Here you could show the skull a little bit on the arm as well. 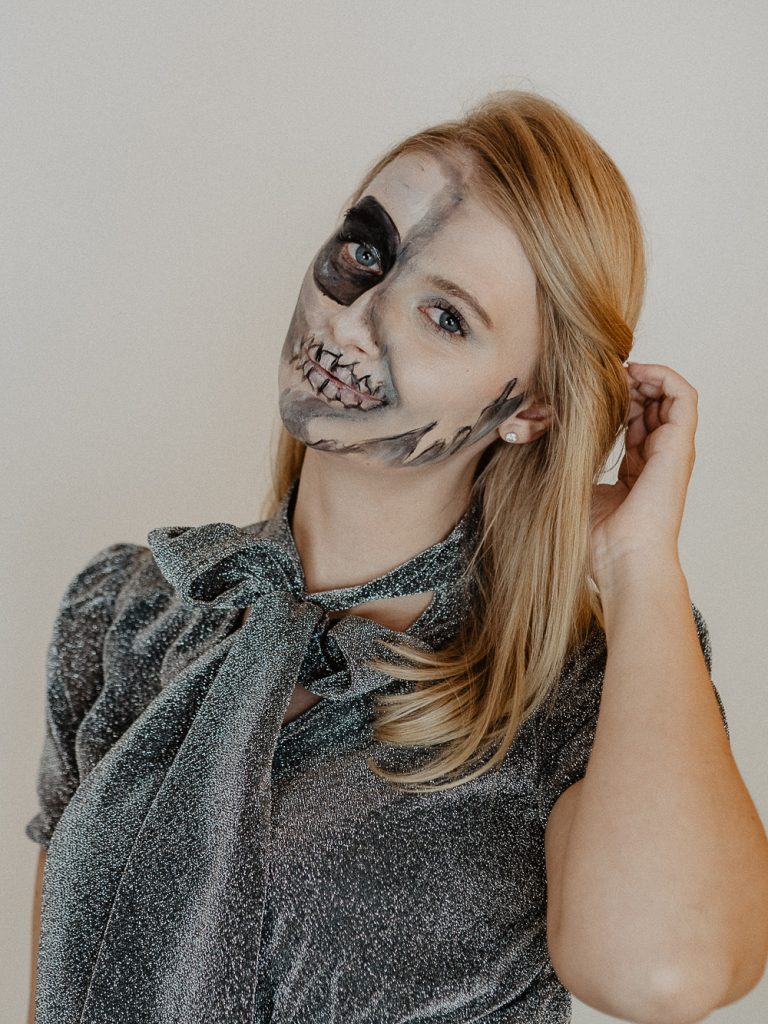 Will you dress up or make up on Halloween? If so, as what?